Energy saving in the glass industry

The investment had already paid for itself after 15 months.

Walther-Glas in Germany is one of many companies utilizing SuperthalTM Flat panels in their forehearths and they have also followed up the results in a systematic way. Walther-Glas GmbH in Bad Driburg produces mainly domestic and all-purpose glassware by the pressing method for the gift sector, as well as pressed glass articles for the car industry.

Domestic or all-purpose glassware accounts for around 90% of turnover. Of this, about 60% goes on exports. The remaining is composed of supplies to the car industry, such as diffusing screens for headlights. Around 50 models of cars are fitted with this product. The glass type is normally 70% SiO2, 10% CaO and 19% Na2O/K2O.

In order to retain its position as a market leader in the future, Walther-Glas has established as part of its company policy the constant introduction of innovative production techniques. Walther-Glas uses three production tanks each with a capacity of 24 –30 tons a day. The batch preparation takes place according to special recipes under process control and thus meets one of the main requirements for unvaried glass quality.

The forehearths convey the molten glass at a temperature of 1450°C (2640°F) to the processing machinery. At Walther-Glas this consists of four sliding tables and twelve circular table presses. Temperatures of around 1150°C (2100°F) are still required in the processing area. 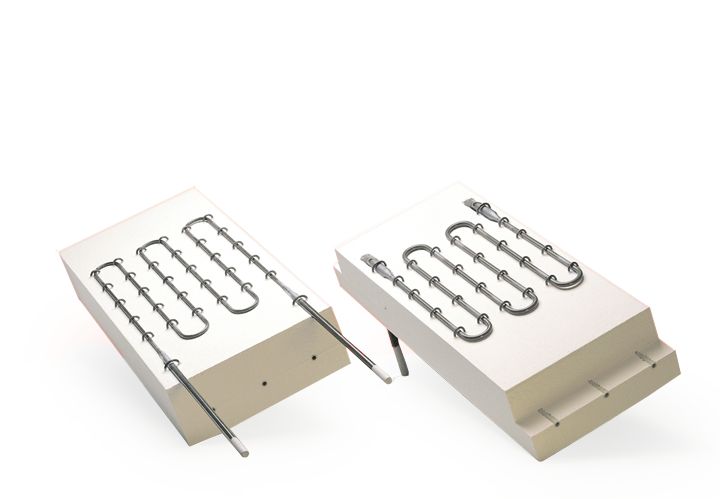 Superthal flat panel rated at 5 kW is used in all three forehearths. The panels are customized in length and width.

The distribution system thus exerts a critical function and also has an important influence on the energy consum­ption. A new technique has therefore been develo­ped jointly with Kanthal.

Forehearth system melter 1 was reconstructed for flat panels 1993 and relined 1996 and the new melter 3 system was commissioned early 1995.

There are clear effects on the energy consumption. Previously approximately 63 000 kWh a month were required on average and now the consumption is reduced 40% with Superthal heating modules to approximately 38 000 kWh. This results, for a tank cycle of about three years, to direct energy cost savings of between DM 84 000 to 105 000. This is combined with smaller energy production rises, since the installed power and the peak values of the power consumption are correspondingly reduced.

Current experience at Walther-Glas shows that the investment had already paid for itself after 15 months. The energy savings had a net effect from this time onward. In contrast to conventional solutions, a change of the heating elements is also rarely needed, which once again enables savings to be made.

In conclusion, Walther-Glas rates the advantages of the new technology as follows: 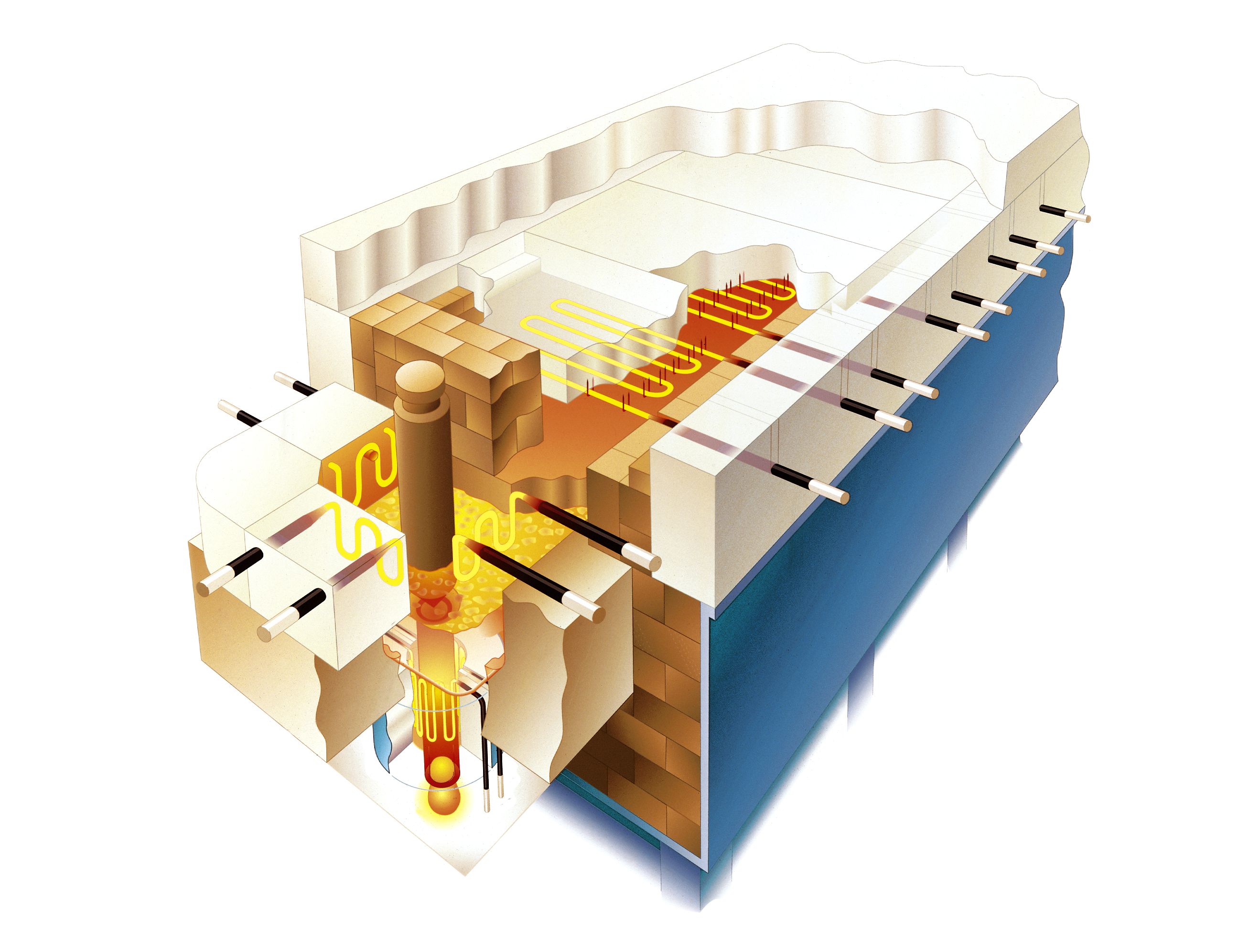