Startseite About us Careers Robust research

Research and development continuously strengthen Kanthal in our three core areas: heating systems, heating materials and medical fine-wire. By nurturing innovation we aim to contribute to a more sustainable world.

“Learning from your failures is the only way forward”

Despite one disheartening attempt after another to produce a super tough alloy, metallurgist Roger Berglund and his team refused to give up on research that would add fuel to the impending computer revolution. More than 30 years later, Kanthal® APM is still one of the company’s bestselling products.

On Roger’s second day of work at Kanthal in 1986, he was thrown straight into a project to use powder in the production of a new experimental alloy that could withstand increasing production demands.

The reason for developing a new product was simple. Semiconductors used in electronics are made from silicon wafers which need to be processed at very precise temperatures that can require a range between 1,250-1,280°C (2,280-2,330°F). This process is done in a diffusion furnace which, at that time, had an inner diameter of 250-300mm. As semiconductor manufacturers wanted to increase the diameter of the silicon wafer to get more devices per substrate, the diameter of the diffusion cassette had to be increased. However, the conventional alloys had problems with keeping the diffusion cassette coil shape and stability.

The picture above shows Krister Estelli and Roger Berglund (to the right) doing an early manufacturing trial of Kanthal APM in 1987. 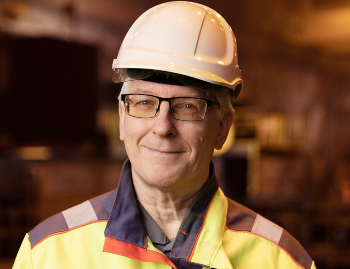 Kanthal had to find a solution because big changes were afoot in the semiconductor market with demand being driven by the evolution of information technology. “This was before most people outside the academic research community even had heard about the internet,” Roger recalls. “Some early gaming consoles existed but almost no one had computers at home and our computers at work were primitive and not interconnected, but, even so, it was becoming clear that this industry was about to take off.”

Kanthal knew that demand was going to grow exponentially in the near future. The old alloys were not going to cope. “No one wants an alloy that becomes soft” says Roger. “When we made those coils wider, the coils sagged inside the furnaces. In order to improve stability, we knew that we had to use powder in the production process, because powder allows you to cool the material much quicker, which gives a structure that’s stronger when subjected to high temperatures.”

Initial attempts were promising. Soon after Roger joined the team, straight after college, it was decided to start doing beta tests with the experimental alloy called Kanthal AZ with select customers in Germany, Japan and the US. The customer “went crazy with joy,” according to Roger, and immediately asked Kanthal to get commercial-scale production up and running. 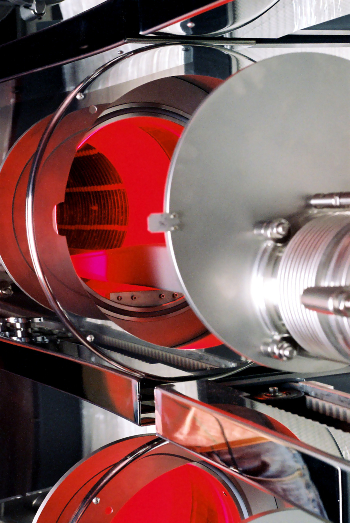 A diffusion furnace for processing of silicon wafersThen came the hiccups: Consistently producing the alloy to the same high standard proved difficult. “We didn’t always fail, but we failed often enough that we could barely keep up with demand and we were losing so much material during production,” Roger remembers. “After about a year, some people at Kanthal thought it was time to jump ship because it was getting so expensive, but our team refused to give up. We nagged and explained and nagged a bit more and said that you have to be prepared to fail over and over again, because when you analyze those failures you learn from them. That’s the only way to move forward.”

It took another year until the team finally struck gold and introduced Kanthal® APM to a wider market: In technical terms, Kanthal® APM is an advanced powder metallurgical, dispersion strengthened, ferritic iron-chromium-aluminum alloy (FeCrAl alloy). To this day, Kanthal® APM is a bestseller. And as we all know, the computer revolution did happen. To put the development of the heating coils into perspective, they have almost doubled in size from 250-300 mm in diameter three decades ago to 450-500 mm, which wouldn’t have been possible without the new material. Since then many new applications for Kanthal® APM have been found in various industrial areas and new applications are still being explored.

”To be honest, during that year back in the 80’s when we had so many problems, it felt pretty bleak. The material was cracking, it was crumbling and falling apart into scrap,” Roger says, “but looking back, Kanthal® APM is one of the main reasons Kanthal is the company that it is today.”

About innovation and engineering

“Innovation is more than fancy abbreviations”

From curling irons to green-tech urgency

Turning up the heat in a 3D metal printer